So I have been reading in the book of 1 Samuel over the past few days, and I have been noticing some things about King Saul that I never paid particular attention to. I want to share some of those observations with you.

The first thing that I noticed is that Samuel prophesied this over Saul’s life:
“And the Spirit of the Lord will come upon thee, and thou shalt prophesy with them (the prophets), and shalt be turned into another man.” 1 Samuel 10:6

Saul had a transformation take place in his life. God did not appreciate being rejected by His own people. After all of the things He did for them they still wanted to be led by a man instead of by the one true God. Yet we see that God made sure Saul, the first anointed king, was equipped for the job.

Another thing I noticed is in the same vein as the first:
“God gave him another heart…” 1 Samuel 10:9

This was confirmation that a true transformation did take place. But it wasn’t just Saul’s heart that was changed by God. Check out what I found later on in the chapter:
“And Saul went home to Gibeah; and there went with him a band of men, whose hearts God had touched.” 1 Samuel 10:26

God made sure Saul started out with a good support group. Saul was chosen for a very important position in history. God made sure Saul had a road to success as the king of Israel. But very quickly Saul began to digress from the path God set him on. He offered sacrifice when it wasn’t his job. He gave a very deceptive explanation regarding that action. When this took place we get a glimpse into the quick decline in Saul’s heart:
“But now thy kingdom shall not continue; the LORD hath sought him a man after his own heart…” 1 Samuel 13:14

Saul’s changed heart quickly changed again. This second change was extremely opposite of the change God made. Prior to God’s touch Saul was a very humble and submissive person it seems, but the power of the position seems to have caused an issue with pride within his heart. He could have regained the ground he had lost, but God knew that Saul’s repentance was never sincere. He continued this decline the rest of his reign.

The point of this devotion is to encourage those who read this to guard their hearts! God made sure Saul’s life was made new (salvation). God provided everything for Saul to live a victorious life. Saul still was responsible for guarding his heart from things that no one else could see (pride). Guard your heart! Keep your eyes, ears, hands, and mind from evil. Don’t allow the thoughts of evil or pride find residence in your mind. God has given us the weapons to win. Use them! We can make it through Christ!

Mind Games He Wants It All

He Wants It All 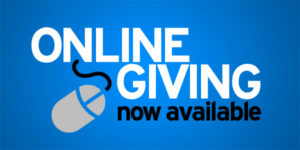